Abuse of immigrants won’t end, without you

It can seem like all our troubles started when Donald Trump became President, and certainly, some of them did.

But the abuses of immigrants that the ACLU uncovered recently just showed an extreme version of the way that the United States has treated immigrants—or even just people who somebody else thinks is an immigrant—for much too long.

The 30,000 pages of documents obtained by the ACLU detail shocking treatment of people who reach the United States: things like the denial of care to young mothers and infants, sexual assault and threats of it, and other violence—even running over a 17-year-old boy with a patrol vehicle, then punching him over and over.

But here’s the thing: all of the documents about these incidents came from the years 2009-2014.

Unfortunately, things have gotten even worse since then. Last fall, the Trump administration began taking young children away from their asylum-seeking parents who reach the US border. More than 1,300 children have been taken from their parents since last October—and 658 during just two weeks in May.

Just think what that must feel like. It represents a new low.

That is why the ACLU is fighting for the immediate reunion of hundreds of children and parents through a class-action lawsuit.

But because these problems didn’t start with President Trump, it means they won’t end with him either—at least not without you.

It was so great to see so many people come out for the ACLU’s “Families Belong Together” rallies on Friday: across the country, and here in Wisconsin, in Milwaukee and Madison. This photo shows our organizer Jarrett English speaking to reporters and the crowd that rallied outside the US Immigration & Customs Enforcement office on Knapp Street in Milwaukee. 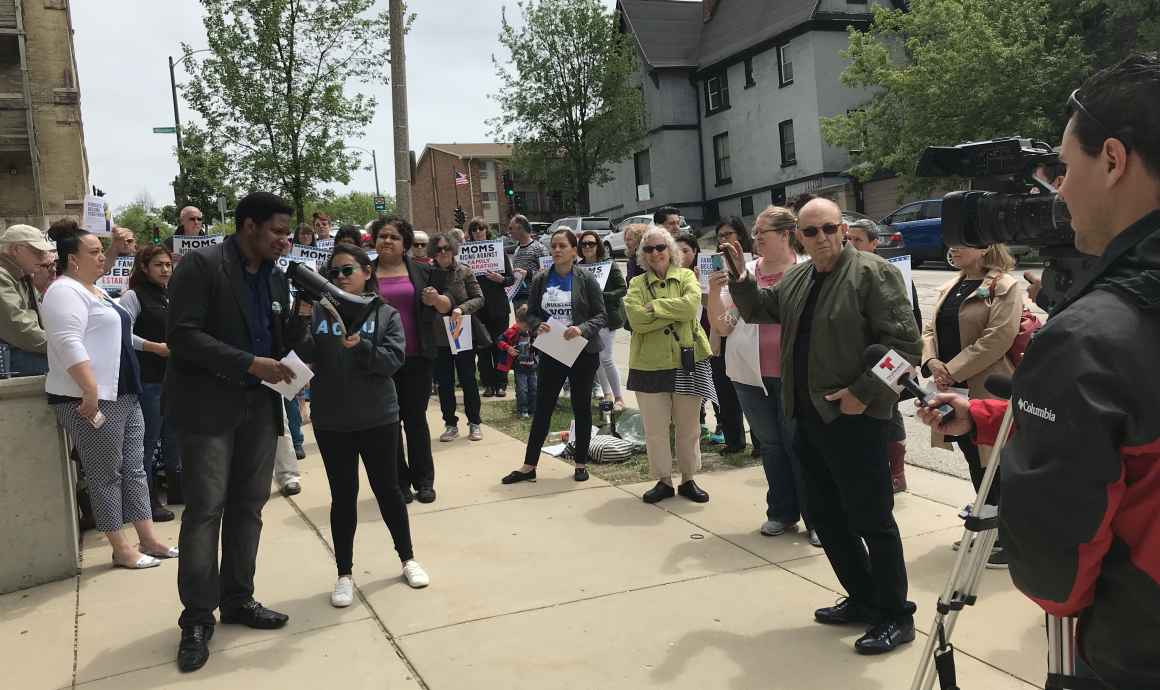 For those of you who have worked for the rights and dignity of immigrants for years, thank you. You have been right all along, and we need you more than ever.

And for those of you who have gotten outraged and involved more recently, we need you too. Please stay with us, and thank you.