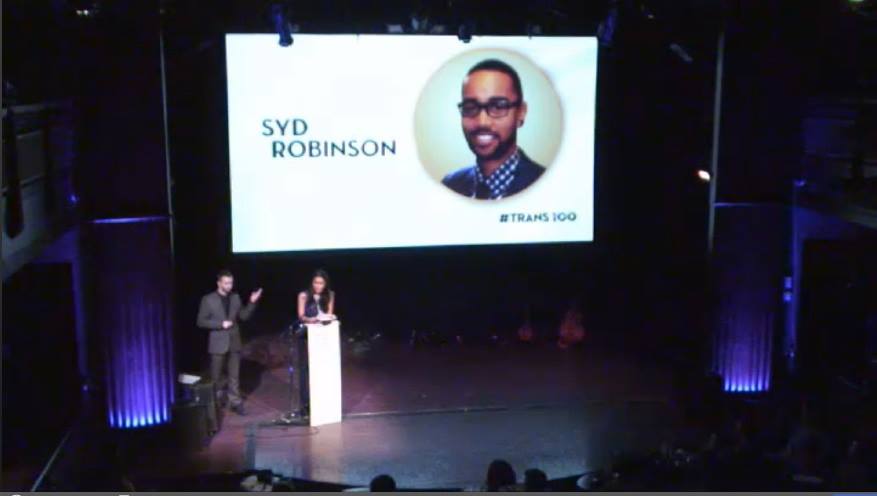 MILWAUKEE, WI – ACLU of Wisconsin Youth and Programs Organizer, Syd Robinson, was included on the 2014 Trans 100 List, an annual listing of 100 trans individuals from all over the country who are currently active in the work of making the lives of Trans people better.  The Trans 100 List applauds the hard work of Trans and gender non-conforming people doing great work for their communities. The list is also used as a resource to showcase the breadth, depth and diversity of Trans activism. It is a curated listing, with over 500 nominations received from the general public.

“We are so pleased to have such a noted and well-respected activist on our team,” said Emilio DeTorre, Youth and Programs Director.  “Syd brings many skills with him to the ACLU, and one of the things that makes him so valuable is his ability to relate to so many young people and adults.  His strength, compassion, and knowledge make him an authentic leader across the state.”

Originally from Madison, WI, Robinson has lived and worked in Milwaukee for the past 10 years bringing awareness to the Trans community through writing, speaking, and artistic performances.  Robinson serves as a Board Director of The Cream City Foundation, is a Public Ally alum, and is a current student of Marquette University's Future Milwaukee program.

“I am deeply humbled and honored to be named one of the Trans 100 honorees,” Robinson said. “I am so proud to be among the names on the list and among the amazing people behind the scenes, doing incredible work.”

The ACLU of Wisconsin has approximately 6,000 members who support its efforts to defend the civil liberties and civil rights of all Wisconsin residents. For more on the work of the ACLU of Wisconsin, visit our webpage. Find us on Facebook and Twitter at ACLUMadison and ACLUofWisconsin