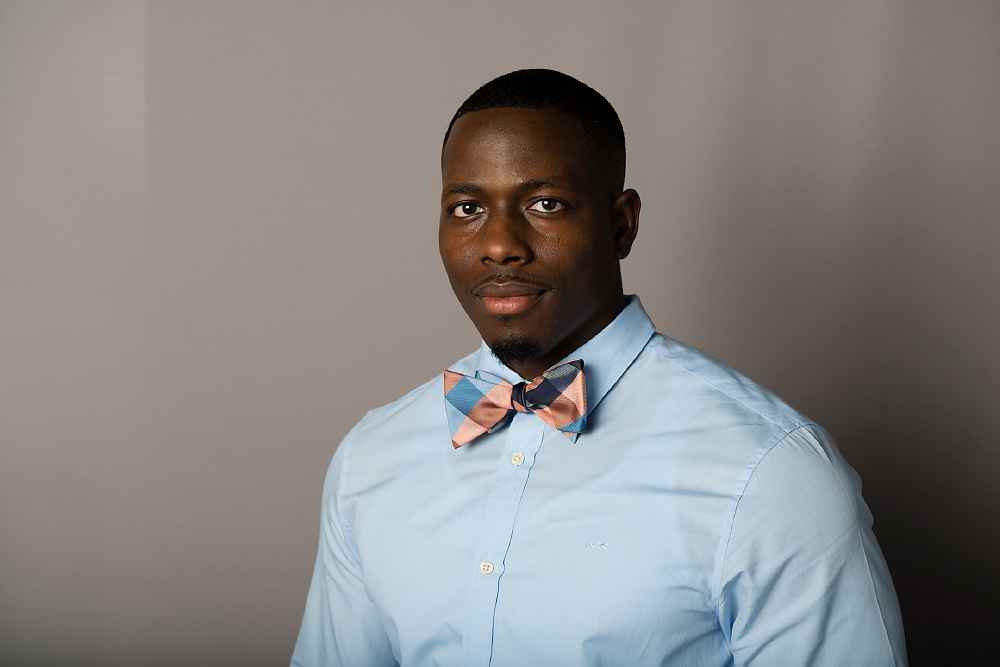 Sean has been employed at the ACLU of Wisconsin since 2018

“You don’t change the world with the ideas in your mind, but with the conviction in your heart.” [Bryan Stevenson] These words guide Sean in his professional and in his personal life.

"As someone that has lived experiences with the criminal justice system in this state, I feel that my path has ultimately placed me in a unique position to help others, and make progress for real reform,” Sean said.  “I am an advocate for change and because I have endured struggles, I want my presence to be a liberating encounter for youth and all who feel they have no options."

In Sean's role as Smart Justice Statewide Manager, he develops and implements strategies to organize supporters across the state to work toward achieving the ACLU of Wisconsin’s strategic objectives, including developing campaign plans and turning goals and strategies into tactics, timelines, and metrics.  Additionally, he mobilizes volunteers to take action on legislative and ballot initiative campaigns using a variety of tactics: event attendance, calls, letters, petition signature gathering, canvassing, phone banking.

Sean is an activist who grew up in Milwaukee’s 53206 neighborhood.  Prior to coming to the ACLU, he worked for Youth Justice Milwaukee and was a mentor to Milwaukee area youth.  Sean has collaborated with many different organizations in Milwaukee to address the issues of this city. He is devoted to Restorative Justice and aspires to demonstrate integrity in living out its beliefs and values. His actions reflect a profound belief that each person is worthy of contributing meaningfully to themselves and the world. He values each person’s right to dignity and takes actions to uphold this right in service of personal and collective well-being. Sean knows all too well the outcome of poor decisions and structural oppression. He has made a vow to advocate for justice, and take action to cultivate a sense of agency within young people to demand and contribute to change - within themselves, institutions, and throughout the community.  Sean is passionate about the pursuit of re-creating Wisconsin as a state centered on ensuring justice and equity for all communities.

Some of the Interviews, Blogs and other media involving Sean Wilson:

The American Civil Liberties Union of Wisconsin is training people to tell state lawmakers what they want to see out of the next budget: More money spent on schools, and less on incarceration. We learn about this campaign — called Smart Justice — and how the ACLU is partnering with organizations across the state to push it forward.

As an organizer for ACLU’s Smart Justice campaign, Wilson’s long-term goal is to reduce the prison population by 50 percent by ending crimeless revocations and expanding the Earned Release Program (ERP). Crimeless revocations re-incarcerate those on extended supervision, parole or probation for minor rule violations. ERP provides inmates with drug treatment and the possibility for early release. Wilson has been working with organizations such as Just Leadership and Youth Justice Milwaukee to create a coalition to address these issues.

Blog: "Divest From Harm, Invest in Healing: The ACLU of Wisconsin's...

As National Spotlight Shines on Milwaukee, its History of Systemic...