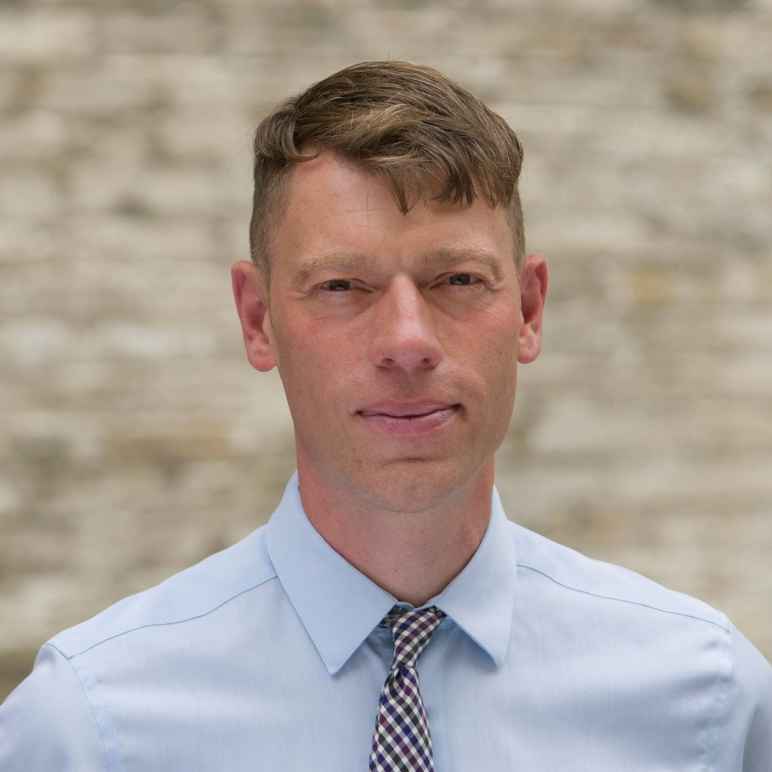 “The morning after the 2016 election, I felt so fortunate to be part of the ACLU, because this organization brings almost a hundred years of experience to the fights we face now. And a short while later, I felt honored to get the chance to do this work in my home state, Wisconsin.”

Chris leads the ACLU of Wisconsin with our Board of Directors and senior staff, works closely with the national ACLU, raises funds, and helps represents the ACLU in the community.

Before becoming executive director of the ACLU of Wisconsin, Chris served for 10 years as communications director for the ACLU of Massachusetts. He worked on issues including racial bias in policing, protecting the rights of immigrants, open government, challenging government spying on ordinary people, and fighting racial and religious profiling in the aftermath of the attack on the Boston Marathon.

Before joining the staff of the ACLU, he worked for four years as the first executive director of Fair Wisconsin, in the lead-up to the fight against a 2006 state constitutional amendment banning civil unions and marriage for lesbian and gay couples. An ACLU of Wisconsin lawsuit overturned that ban in 2014, and the national ACLU played a leading role in the U.S. Supreme Court Case that ended bans on equal marriage rights nationwide.

Living in Milwaukee as a child and growing up in Fredonia, Chris attended Catholic elementary schools and Ozaukee High School in Fredonia. He graduated from Brown University in Providence, Rhode Island. He lives in Milwaukee today.

Some of the cases, blogs, interviews and other media involving Chris Ott:

Safer at Home Protests: Where We Stand

Wisconsin Voter Suppression: This Didn't Have to Happen

An Update on COVID-19